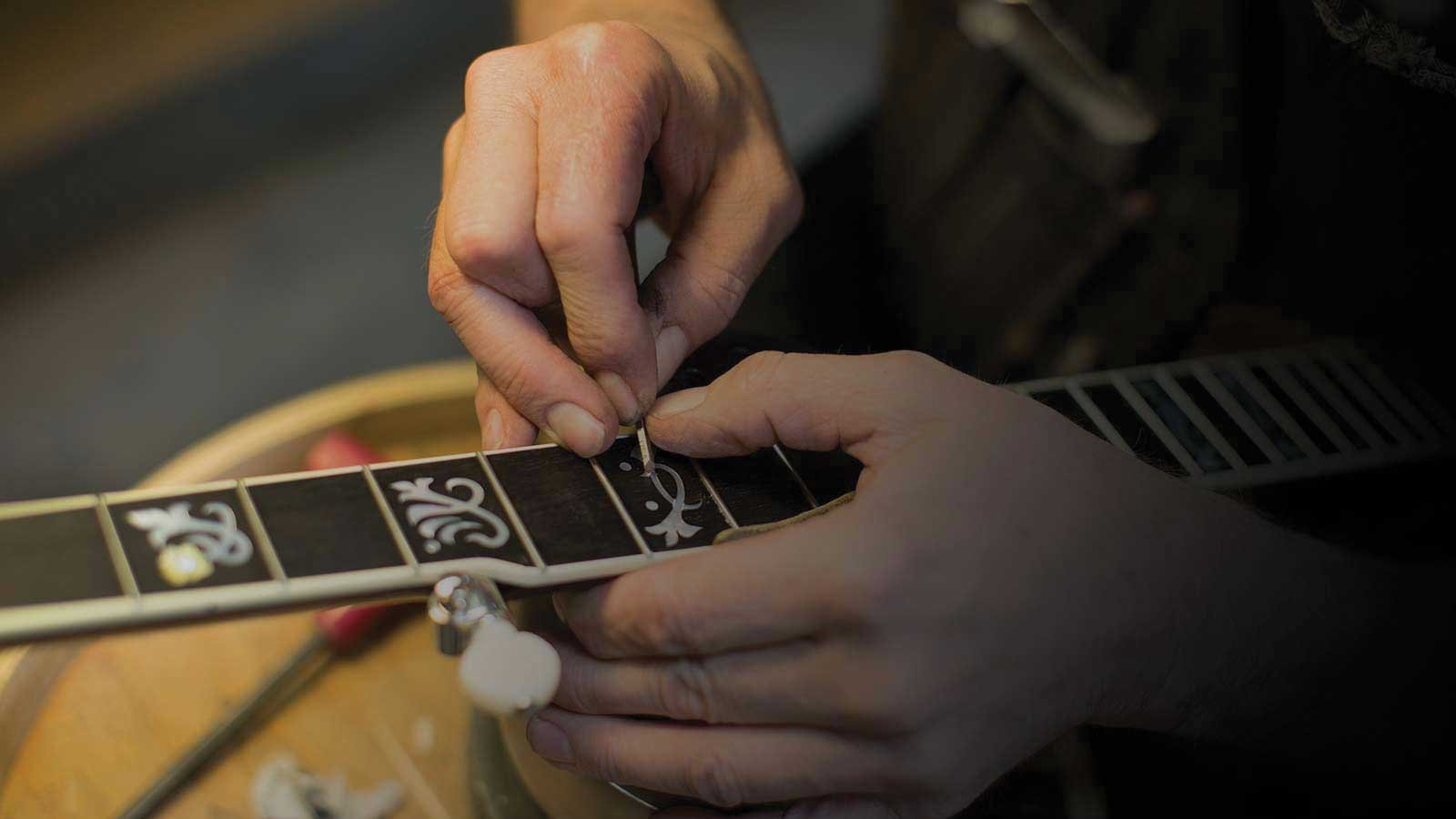 We are so pleased to bring you two Giving Tuesday Charity Banjos for 2022! Near and dear to our hearts this year they will be benefitting education! We have...

David Bandrowski has been a regular on the New Orleans music scene for over 25 years playing tenor banjo, 5-string banjo, and guitar in various outfits and styles over the years. David's styles are diverse and range from New Orleans jazz, modern jazz, bluegrass, funk, rock, old time Appalachian string band music and more!

David is a Deering Banjo Company clinician and has taught workshops at Chicago's Old Town School of folk music and has played with and/or recorded with Dr. John, Natalie Merchant, Donald Harrison, the Louisiana Philharmonic Orchestra, Mike Seeger, Glen David Andrews, and with band members of the Harry Connick Jr. Big Band, Fats Domino, The Allman Brothers, Merle Travis, the Dirty Dozen Brass Band, the Rebirth Brass Band, Galactic, and many other well known and lesser known entertainers. He has also composed, produced, and placed music in many commercials, films, and television programs.

The single string style of playing the 5-string banjo is a way to get linear and melodic ideas out of your 5-string banjo. This technique was pioneered by...

The Story of the Kekoa and a Deering banjo

Everyone loves a cool story, particularly when it involves a banjo. So, when Ryan Witbeck, our Airbnb host at this past year's Rockygrass festival in Lyons, CO...

I Shall Not Be Moved - Rhiannon Giddens

We've long been big fans of Rhiannon Giddens' work here at Deering Banjos. Whether it be with her work with the Carolina Chocolate Drops or her solo work, she...

I first came upon Tony Furtado's banjo playing in the early 90's when I was about 20 years old. I was at the record store browsing the bluegrass/folk or...

On this week's Deering Live episode we are featuring one of my favorite young and innovative clawhammer banjoists on the scene, Victor Furtado. Victor grew up...

Chord Voices For Genres Outside Of Bluegrass with Ryan Cavanaugh

On this week's Deering Live episode we are bringing by 5-string banjo wizard Ryan Cavanaugh to talk about how to comp chords on the 5-string banjo for genres...

Our Favorite Banjo Albums From 2021

There were a lot of great albums that featured the banjo in 2021 and we're sorry we can't list them all here, but here are some that stood out to us here at...

How To Change Your Banjo Strings

Changing your banjo strings is one of the easiest and best ways to bring the tone of your banjo back to life. One of the most common questions we hear is how...