Missouri-born Doug Dillard was best known to most of us for his TV performance as one of “The Darlings” on the famed “The Andy Griffith Show” from 1963-1966. His influence on music and aspiring young musicians extended far beyond this however.   I was privileged to see a live performance by Rodney and Doug Dillard here in San Diego. Doug was the perfect “deadpan” foil to Rodney’s animated character. The two of them were ideally suited to one another and not just because they were brothers.   Tall and lanky, Doug’s animated and unique banjo playing more than made up for the deliberant deadpan response to Rodney’s antics. It was a joy to watch the interplay of comedy and musical expertise on the stage.
Doug Dillard was born in Salem, MO., in 1937. Like many other well-known musicians, his interest in music started at an early age and he was playing guitar by 5.Doug joined the legion of young players who were inspired by Earl Scruggs, and he was playing banjo by age 16. One of the best stories about those early years comes from his official biography.  Doug received a positive response from a letter he wrote to Earl Scruggs. With a bravery born of youth, he was able to convince his parents to drive him to Earl’s home in Madison, TN, 500 miles from Salem. Doug says he walked up to the front door, rang the bell, introduced himself and asked Earl to install Scruggs tuners in his banjo. Only the young…
The Dillards band, formed by Doug and Rodney in the mid-60s, became popular on college campuses and led to their move to California. This move led to their opportunity to perform on the CBS series starring Andy Griffith, bringing them to nationwide attention. The group is credited withbeing one of the pioneers of the southern California folk-rock, country-rock, and progressive bluegrass genres of that period. Doug, after leaving The Dillards in 1968, joined folk-rock group the Byrds on their first European tour. Other Deering endorsing artists who have been members of the contemporary Dillard band through time are Herb Pedersen (banjo, guitar), Billy Ray Latham (banjo, guitar, electric guitar), and Steve Cooley (banjo, guitar, and upright bass). Beverly Dillard is a Deering endorsing artist who performs regularly in Branson and throughout the country with her husband, Rodney Dillard.
A Grammy-nominated musician, in 2009, Doug was also inducted in the International Bluegrass Association’s Bluegrass Hall of Fame in Nashville, TN. His legacy of inspiration to the world of music will continue to be a credit to his life-long passion for his unique style of banjo playing. 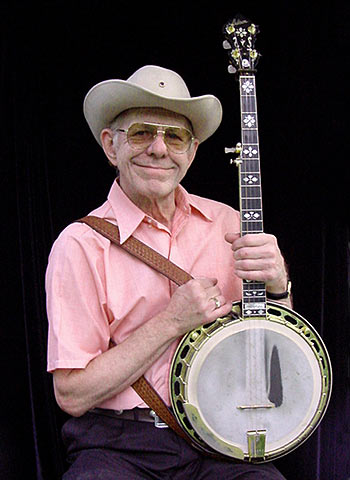