For many of our dealers, it isn't everyday that a 7-foot NBA player walks in the door to see what banjos are in stock. But this is exactly what happened to Marion Holloway when Charlotte Bobcats center Byron Mullens walked in to his store, Holloway's Music to buy a Deering Tenbrooks Legacy banjo.

Drafted in 2009 by the Dallas Mavericks, Mullens is now a key contributor in the Bobcats roster averaging 11.4 points and 6.7 rebounds per game (espn.com). The Bobcats may not make it to the NBA Play-offs this season...more time for Mullens to practice his rolls until the start of the 2013/2014 season in October.

Good luck to Mullens and the Charlotte Bobcats for the remainder of this season! 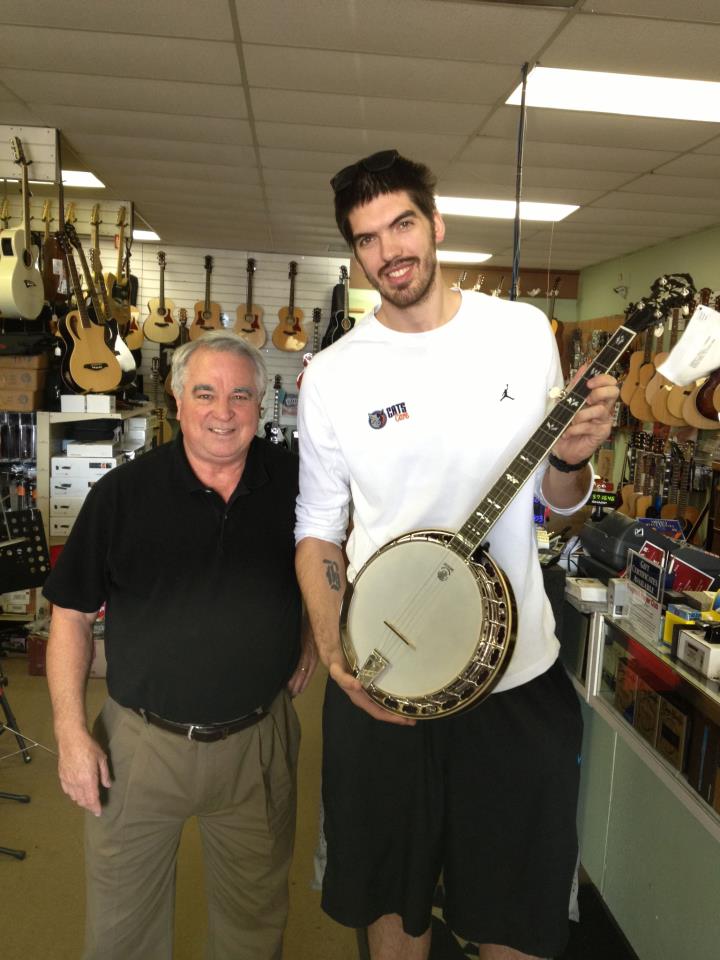