How To Transpose Music On the Banjo Using I, IV, V Chords

Transposing is moving a song from one key to another. There are often two questions that new banjo players ask about this musical technique:

Why Do I Need To Transpose Music?

Sometimes, a singer has difficulty singing a song in a certain key. By changing the key, the song can be “placed” or “pitched” to fit the singer’s comfortable vocal range.

In addition to singers, there are some instruments that players find certain keys easier to finger. Mandolin and fiddle players often like playing in keys like A and D. Concertina players are sometimes limited to a specific key.

For banjo players, there are certain songs where the fingerings work best when played in the open tuning of the banjo, whether it is capoed or open.

What are the mechanics?

I’ve created a list of chords one on top of the other to show how chords relate to each other from key to key. But first, here are a couple of highly generalized rules of thumb about keys and changing key when transposing.

When we say a song is in the key of G that means the melody and the other chords all revolve around the G chord. Here is an example using a song written in the key of G, “You Are My Sunshine”. I’m listing just the words for the chorus and above the words are the chords that are strummed on the banjo during that section of the song. 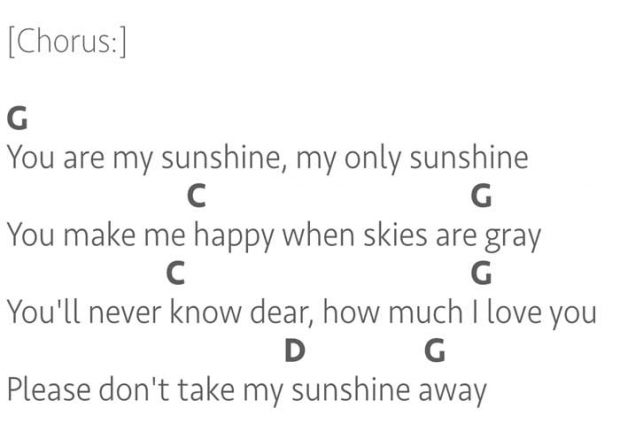 Notice in this example, the song starts on a G chord and ends on a G chord. This is quite typical in most folk, popular, rock ‘n roll, pop, and even in classical and jazz music.

So here is a list of the chords used above in the song “You Are My Sunshine.” G, C, D

If you were playing your banjo with a singer and the singer could not sing the song in the key of G and told you “I usually sing this in A”, you would use the following chords: A, D, E.

In the list below, you will see G, C, and D. Underneath these three chords there will be other chords that will correspond to G, C, and D. It is most common to use Roman numerals when talking about the number of the chord. The I chord (this is a Roman numeral meaning the one chord) will always be the key that you are going to playing the song in. Here is the list:

Try It For Yourself

If you know the song “You Are My Sunshine”  try strumming it using these various groups of three chords.

Start with the I chord on the far left of the list and wherever you see the G chord in the example above, put in one of the other I chord for the key you are playing the song in. Then reading the list from left to right use the chords on the same line as the I  chord that you used.

You have now just transposed the song from the key of G, to the key of F.

Here is another “You Are My Sunshine” example in which you will play it in the key of C: 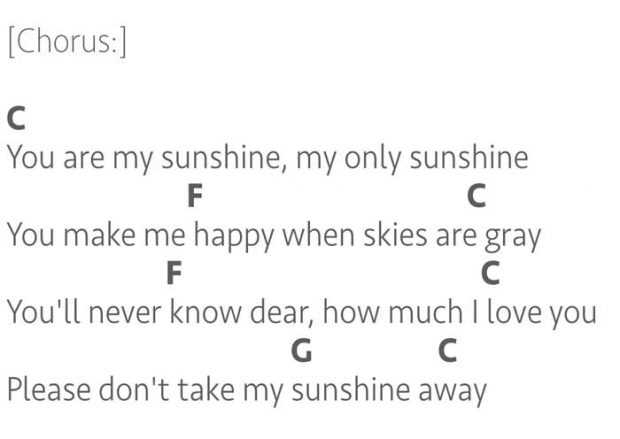 Knowing How To Transpose Music Is Handy

Being able to play in different keys makes you far more versatile. You can then accommodate instruments that are unable to play in some keys and you can also accommodate singers who need to place their voice in a range that is more comfortable.

As an exercise, take a few songs that you know well enough to hum, look at the chords listed above, and interchange the chords with the chords you usually use.

For example, if you know a song that has G, C, and D in it then transpose it to one of the other keys listed above. You will quickly start to see that while the chords on your banjo sound a little different when playing the song, the melody still works with the new set of chords.

The other wonderful aspect of transposing chords is you begin to see patterns that are common in every kind of music. And…  It’s not such a bad thing to be very versatile and accommodating when playing with other musicians.

In this beginner 5 string banjo lesson, Jens Kruger slowly talks through and demonstrates how to play the F chord shape on the banjo. This is a great shape to...