Yes! I play clawhammer and 2 finger styles almost exclusively on a resonator banjo, and in this post I'm going to outline some of the pros and cons as I see them.

In the pros column we have:

Now, having said all this, there are some things to consider and differences to be aware of, particularly if you're coming to a resonator from an openback.

Firstly, resonator banjos are known to ring a lot. There are a couple ways to neutralize this. The first and most obvious way is to stuff the banjo. Stuffing the pot will kill the ringing, but if you're not careful (or if you don't care) you'll defeat the purpose of the resonator if you overstuff. I find a little foam, inside the pot, just behind the bridge, cuts the ring without killing the "bell-like tone" my Deering is often complimented on.

The second and maybe not so obvious way is to control your right hand. Oftentimes people will complain that their resonator sounds too harsh, or too loud, all while they're beating it like a rented mule. A softer touch will go a long way.

The last thing to be aware of is that resonator banjos are HEAVY. When I switched from my openbacks to my resonator I couldn't believe how heavy the resonator was. The trick is a good strap. It's not just a nice thing to have, it's a necessity. Without a strap you run the risk of dropping it, or having it slide off your lap (see first point.) Also, if you have a bad back and/or play standing up for long periods of time, be aware of the weight. Tone is good, but not hurting yourself is even better.

I hope this article, though I'm sure incoherent and rambling at times, will help you maybe make a decision , one way or the other, based on the truth (as I see it) about resonator banjos and their place in old-time music. Thanks for reading! 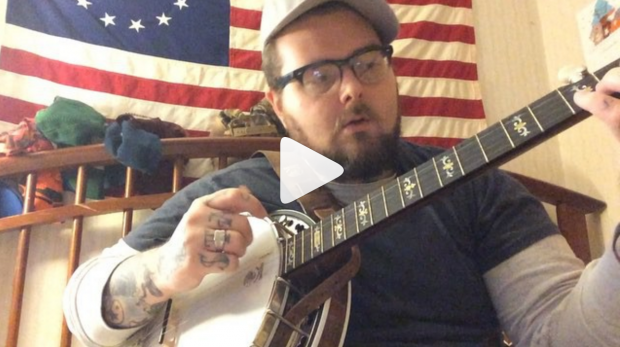