The Versatility of the 6 String Banjo

by Carolina Bridges on September 4, 2013

The 6 string banjo is not a “new sensation.” It has been part of the acoustic instrument family since the late 1800’s in one form or another. Early jazz greats like Johnny St. Cyr and Django Reinhardt are well known to musical history enthusiasts. While we here at Deering call it a 6 string banjo, it has such colorful names as guitjo, banjitar, guitanjo, or bantar. The musical versatility of this banjo is apparent by just looking at a variety of current artists who use it like Keith Urban, Rod Stewart, Taj Mahal, Joe Satriani, David Hidalgo, and the late Doc Watson who all use Deering’s 6-string banjos.

Today we would like to share with you a wonderful article written by multi-instrumentalist Harvey Reid. He has been playing Deering’s Maple Blossom 6-string banjo for years and has a great perspective on the 6 string banjo and its musical versatility.

Following the article are a number of videos showing various current artists using their Deering 6-strings in a multitude of musical genres and playing styles. Enjoy!

View all of the 6-string banjos offered by Deering here! 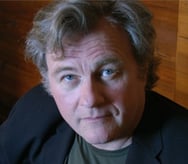 The 6 String Banjo by Harvey Reid:

The 6-string banjo is as hard to classify as a platypus duckbill. It has been around for more than a century. It has a guitar neck, so it is really a guitar. Except that when you play one for most people or show it to them, they say "Nice banjo." (Or they say "Sure is a loud banjo.") Even when you take the time to explain to people that it is a 6-string banjo and not a "real" banjo and is essentially a guitar, they are not swayed. It is like telling people that a horse is a dog. They won't buy it. Looks like one, sounds like one, must be one. Unless, of course, they are 5-string banjo players. To a 5-string player, the 6-string banjo is a guitar. Since there are only a few 5-string players in the world to deny that it is a banjo, and the other 5.9 billion would say that it is a banjo, democracy dictates that it is truly a banjo. Except that this is Banjo Newsletter, and most of you readers are probably 5-string players, so I'm not going to push the point.

Whatever it is, I have had a 6-string banjo and enjoyed it immensely for 11 years now. Is it an instrument or a monster? It is neither a guitar or a banjo, though it is a member of the banjo family and a member of the guitar family. You can't make it sound like a guitar, even if you play the Bonanza theme on it. It sounds like a banjo. If you are clever, you can make it sound extremely like a 5-string banjo. If you do it really well, people, including musicians who are not looking carefully, just assume that you're playing a banjo. The average person might wonder why you won't play Deliverance or Beverly Hillbillies, which you can't, because those are 5-string tunes. It gets lonely, because the only people who can really appreciate how well you have imitated a 5-string banjo are 5-string banjo players, and they don't always appreciate it. You are sort of piddling on their fire hydrant.

So what is it good for? If you are a guitar player, it is a way to get banjo sounds without having to learn the banjo. It is even capable of many things a 5-string cannot do. It has a lower tone. It has more sustain. You can play counterpoint and bass lines, and escape from the "drone zone" more than with a 5-string. You can move the key center more easily away from the drone chord. If you are a solo player, it is probably most effective. It takes a different right hand attack than a guitar, and some of your friends will not be able to get to square one with it, yet you can jump back and forth between it and a guitar rather easily once you get the hang of it. It's a nice way to add some spice to a performance if you play guitar, much like the way most people use a 12-string guitar. If you play with a guitar player who can provide some rhythm (it can't really play the same kind of rhythm a guitar does, being instead more capable of the rhythms a banjo can provide), you can do some nice rolls, and make a sound that is very much like bluegrass. It may be the ultimate ragtime guitar. You can mimic the sound of a lot of styles of banjo playing, from bluegrass to clawhammer to Irish to Dixieland. Chuck Berry licks work quite well. Baroque music sounds great on it, as does celtic. To me, it is a real instrument, and it is full of surprises, and I am always startled at the kinds of sounds I can coax out of it, and also the kinds of things that just don't work very well, though you would think they would.

It's my opinion that because it has more strings, a wider pitch range, and more sustain than a 5-string, it is therefore capable of a wider range of musical expression than a 5-string, though admittedly in a bluegrass situation the 6-string cannot generate the cascades of notes the way a 5-string can. Since to most people's ears, the sound of a fast 5-string playing Scruggs style IS the banjo, the 6-string then isn't quite a banjo. However, (there is always a however in the world of 6-string banjo) if you are just looking to express yourself and play a lot of music, it is a powerful and useful tool, and may help push the sound of the banjo forward into some new kinds of music. The essence of "banjo-ness" is fundamentally connected to the tone, more so than to the tuning of the instrument. So don't be afraid to play one, and don't think less of those of us who do. I love the 5-string as much as anyone. Honest.