Banjo Resonators: What Do They Do and Do I Need One

One very common question we hear from customers who are new to the banjo is “Why do some banjos have a back and others don’t?”.  To start with, the “back” of a banjo is called the resonator and it does just what the name implies, it resonates the sound of the banjo. 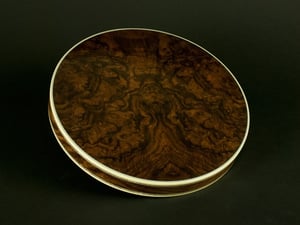 Without a resonator, some of the sound is lost when it is absorbed by the you, the player’s body causing the sound of an openback banjo to be slightly quieter, warmer, and darker.  A resonator provides a hard surface for the sound to be reflected back to your audience via the sound holes in the flange (this will be covered in a future article). Put simply, a resonator banjo is going to be louder and brighter.

Another common misconception is that a resonator is a feature of a superior, often more expensive banjo. This is not true.  Having a resonator or not does not make a banjo better or worse.  It simply makes them different.  In 5-string models, generally speaking, the two are used for different forms of music.  The two main forms of music that use 5-string banjos are bluegrass and old time.

In the timeline of the banjo, old time music long preceded bluegrass which was brought to forefront in 1945 when Earl Scruggs joined Bill Monroe’s band, Bill Monroe and the Blue Grass Boys. In comparison, old time was being played even prior to the U.S. Civil War.

Old time modeled its playing style largely on Irish music.  In old time, the fiddle is generally leading the melody and this melody goes around and around.  There are no solos and the banjo would play the melody or chords and “fit in”.  By not using a resonator, the banjo “sits in the mix” better. 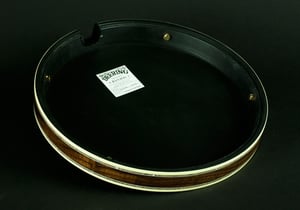 In bluegrass, the form is modeled very much after jazz.  A melody is played, and then everyone steps out in turn and takes a solo.  When you take a solo you want the banjo to cut through the band and be heard.  In order to help do this, a resonator would be used so that the banjo would be brighter and louder.

These are big generalizations, and of course any type of banjo can be used for any type of music so long as the player (and the band he/she is playing with) is satisfied. But I hope it does help explain what a resonator is and demonstrates when a resonator may or may not be used.

What Is A No Knot Tailpiece

A No Knot tailpiece is a type of banjo tailpiece designed around the turn of the 20th century. It was created to solve the problem of having to tie a knot with...