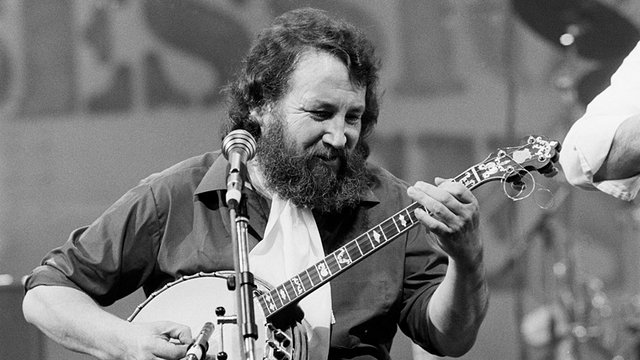 We lost another banjo icon this week.  Barney McKenna, the last surviving original member of the Irish band the Dubliners passed away unexpectedly in his home.

Musician and broadcaster Kieran Hanrahan said top banjo players in both Ireland & and the UK during the 1960s and 1970s all owed a debt to McKenna.

"Every single one of them would have pointed to an influence by Barney McKenna," he said. "He was the single most important figure in tenor banjo playing in Irish traditional music."

"He also had a technique of playing with his plectrum with his right hand which no one had seen before," he said.

"The beauty of all that and the beauty of Barney McKenna as a gentleman – to me, the most influential man – it did not matter who you were, 65 years or five, if you showed an interest in the banjo, he'd sit down with you and show you what he was doing."

"I just heard that Barney McKenna, the brilliant tenor banjo player of the Dubliners has passed away. So sad that in the space of a week we have lost two of the greatest players of all time.  Barney was the reason I started playing tenor banjo and I was fortunate to have jammed with him on a couple of occasions - the first when I was 16! I know Americans are not so familiar with his style of playing, but it is just insane how he could whip an audience into a frenzy!"
- Davey Johnstone (banjo player for Elton John)

"Barney McKenna was a unique artist, legend, and certainly (in my case) inimitable. If not for Barney I wouldn't be tuning in GDAE.  He inspired me to to add the Irish Traditional "Tenpenny jig" into "climbing a chair to bed" off our last album. His work with the Dubliners was and continues to be a huge inspiration to myself and Dropkick Murphys. His playing style and talent will continue to inspire all of us Tenor banjo players for years to come."
- Jeff DaRosa (banjo player for Dropkick Murphys)

They say necessity is the mother of invention, when it comes to Irish tenor banjo then Barney McKenna will always be the Father. A true gentleman with such innovation that he transformed the way Irish tenor banjo was both tuned and played. He has influenced not only me but every traditional Irish Banjo player that followed after him, he will be greatly missed. Ar dheis Dé go raibh a anam."
- Darren Maloney