Greg & Janet Deering Interview On "I Made It In San Diego"

Musicians all over the world now play Deering banjos and the business continues to grow, but finding success wasn’t easy. The Deerings said they barely squeaked through some of the recessions, and describe how one early business partnership fell apart and forced them to start from scratch. Their eventual popularity was powered, in part, by Deering banjos’ appearances in pop music and on “The Price is Right.”

Even in the toughest times, though, Greg Deering said he always knew Deering Banjo Company would work. Early on, he made a pact with his wife that they’d never give up, no matter what. That stubborn confidence paid off, and now Deering is the largest manufacturer of banjos in the country.

“It was this underlying sense of certainty that I can’t explain,” he said. “There were times when we didn’t necessarily know where the rent or the groceries were coming from, but somehow we always managed.” 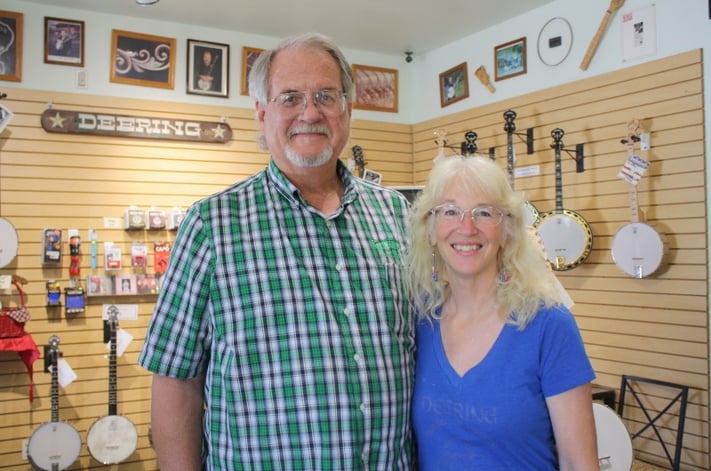 Deering artist and all round banjo virtuoso Jens Kruger joins us in the Deering factory to talk about what turned him onto the banjo, the importance of music...