This story was first run in the News & Observer

Bela Fleck and Abigail Washburn will be extraordinarily busy during this September’s World of Bluegrass in Raleigh. Along with playing the Wide Open Bluegrass shows on the Red Hat Amphitheater main stage, the couple will also co-host the 28th annual International Bluegrass Music Awards Show that week.

Scheduled for Sept. 28 at Memorial Auditorium, this year’s program will have a theme of “The Bluegrass Songbook.” In that, it will pay tribute to “the body of music all bluegrass players have in common around the world.”

The awards show will cap the IBMA’s annual business convention, Sept. 26-28, which also includes the “Bluegrass Ramble” nightclub shows. From there, bluegrass week segues into the Sept. 29-30 Wide Open Bluegrass with the Red Hat shows that Washburn and Fleck play, plus the free street festival. The list of performers for the latter should be announced later this summer.

Fleck served as the convention keynote speaker in 2014, the second year that IBMA was in Raleigh. He and Washburn also have another duo album in the works, to be released this fall. 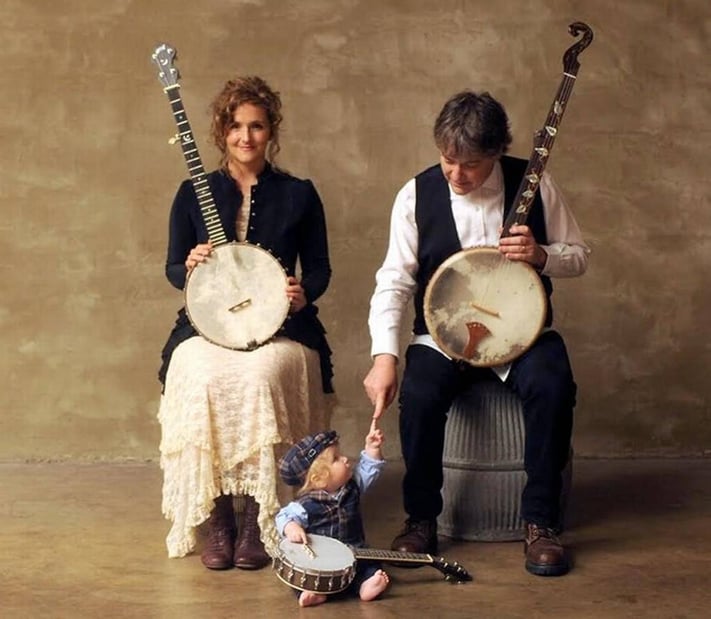 Deering Banjo Company and Elderly Instruments of Lansing, MI, have always exhibited an  unwavering support of the Bluegrass community.  Together they  have...