The Distinguished Eagle Scout Award is a distinguished service award of the Boy Scouts of America established in 1969. It is awarded to an Eagle Scout for significant service and national level recognition in ones profession and a strong record of continued community volunteer involvement for a period of at least 25 years after attaining the level of Eagle Scout as a youth.

For 2011 Greg Deering was one of the few honored with this award for all he has accomplished as a scouting and community leader since he attained the rank of Eagle as a teen, and as the founder of the Deering Banjo Company. This last month he was formally bestowed this award at the San Diego Eagle Scout Recognition Dinner on April 17th 2012 with friends, family and many of the Scouting community in attendance to give their gratitude and acknowledgement!

In San Diego's troup 355 where Greg has been the Scout Master for 24 years now, over 70 Scouts have attained the rank of Eagle under his guidance.

We are very proud of Greg here at Deering and all he does to help the world be a better place.

From all of us at Deering we would like to say thank you! 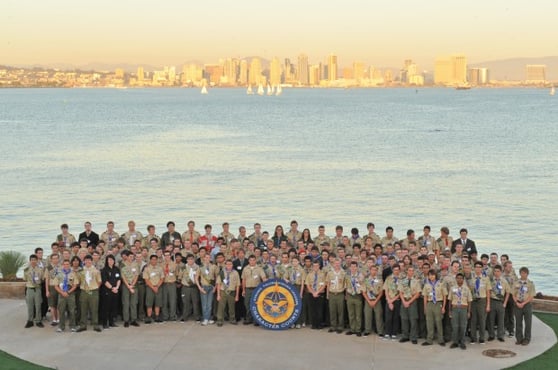