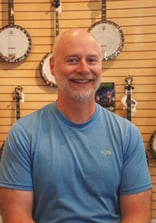 When I read certain comments in the forums, magazines or newspapers from critics about certain songs or artists and see comments about the music being “good” or “bad”, I have to ask the obvious question…..what does that mean?  What do you mean by good?

I’ve been to concerts of some of the greatest banjoists who’ve ever lived. I’ve been to open mics with amateurs of all levels. I’ve been to pop concerts with world famous entertainers playing “non-traditional” styles on a variety of banjos.  I’ve seen audience members smile and nod and I’ve seen them scowl and shake their heads.  I always wonder, “what is their criteria for deciding this performance was good or bad?”  Is it the listener’s familiarity with the music or lack of familiarity?  Do they know the performer?  Do they know the song?  Was there an instrument in the group they liked or disliked?  Was the person in the audience not feeling well or feeling particularly wonderful?  I have not seen a “solid criteria” for what many folks call “good” or “bad” music.

I’ve had discussions with dealers who didn’t like a certain pop artist because “that’s not banjo picking.”  I’ve heard from players who have insisted that “6 string is not a real banjo…why don’t they just take the time to learn the real banjo.”  A real classic is “clawhammer is the only REAL banjo and bluegrass is just glorified classical guitar..”

Reading these here might seem pretty funny but sadly, sometimes these comments can be pretty harsh.  I’ve known a few fine musicians who were disheartened by a cutting comment in an online forum or a narrowly opinionated critic.

When I was younger, I visited an art gallery and walked by a small sculpture, made of beautiful white/grey marble, of the Virgin Mary.   I don’t know if it was the light, the mood I was in, or what, but I could not take my eyes off that sculpture.  People were walking behind me while I sat just glued to this 16 inch tall image and some would look and then walk by.

In no way do I think everyone who just walked by was wrong to not stop and be as enraptured as I was. I was just riveted by something in this figure, and clearly, not many other folks were.   Does that mean the sculpture I found moving was not interesting?  Did that mean I know nothing about “good art”?

Liking certain kinds of banjo music or music in general, is exactly the same kind of situation. It’s important for us all to have the confidence to enjoy the banjo music that we, as individuals like.  It’s fine to like one kind of music more than another.  It is certainly very positive to appreciate the hard work that professional banjoists go through to become as wonderful as they are, but I think it’s very important to allow music to be un-spoiled.  Music is a communication of something that can’t always be put into words.  A local church has a sign that says “singing is praying twice.”

Because someone “decides” that your music is “not real banjo” or “not what banjo is made for”, is not really a valid statement.  Some of the most popular entertainers in the world today are playing banjos in their own way; not using any traditional banjo technique.  For some of these individuals, they entertain millions of people every year.

No two people hear music the same.  What sounds good to each individual is based on many factors such as their ears, their minds, their history, their mood, and their temperament.  How can one kind of banjo music or style of banjo be “RIGHT” or more “VALID” than another?  Who is deciding for everyone else what is “good” and what is “bad”?

It is up to each one of us to enjoy all of the infinite varieties of music that are being performed today with the banjo - on every kind of banjo.  But even more important is to enjoy what we like and allow others to enjoy what they like.  This will actually draw more people to your personal preference when you are supportive and understanding of what they like.

The great banjoist, Peter Wernick has a great saying I saw on a T-shirt: “If it sounds good, it must be good.”

But to all of the banjo performers today, whether famous or not, I would like to dedicate to you, a comment from President Theodore Roosevelt:

"It is not the critic who counts; not the man who points out how the strong man stumbles, or where the doer of deeds could have done them better. The credit belongs to the man who is actually in the arena, whose face is marred by dust and sweat and blood; who strives valiantly; who errs, who comes short again and again, because there is no effort without error and shortcoming; but who does actually strive to do the deeds; who knows great enthusiasms, the great devotions; who spends himself in a worthy cause; who at the best knows in the end the triumph of high achievement, and who at the worst, if he fails, at least fails while daring greatly, so that his place shall never be with those cold and timid souls who neither know victory nor defeat."

Play the music you love. Play the banjo the way you want.If you like a song, a band, an unconventional style of banjo, enjoy it, while allowing others their own preferences.

What is good, is ultimately what moves us as individuals.

Why Your First Banjo Should Be A Goodtime

If you are new to banjo, welcome! If you are anything like many fellow beginning banjo players, you likely deal with one or more of these common issues.

There is one Christmas that stands out in my memory as my favorite.  I was 14 years old and didn’t ask for anything in particular, but what I found under the...

Am I Too Old To Learn the Banjo?

It’s too late to learn when the dirt hits our face, but until then, we have plenty of time to learn how to play the banjo.

What My Dad Taught Me!

We want to give a shout out and Happy Father's Day to all of the dad's out there!

What is something special your dad taught you that you think of to this day?...