A Brief History of Minstrel Banjo

Contemporary banjos, with their metal strings, frets, and tension hoops, tone rings, etc., have come a long way since their ancestor instruments crossed the Atlantic Ocean from Africa, centuries ago. What is recognized today as the essential makeup of the banjo hasn't always been the case. The way in which we approach the instrument has also changed.

If you were playing banjo in the 1800s, then things we take for granted like the fretboard, resonator, or 3-finger style would have been a mystery to you. Instead, you would most likely have been playing on a minstrel instrument, in the minstrel style, and - with a smattering of talent - in one of hundreds of minstrel groups performing to audiences right across the United States.

The term ‘minstrel banjo' is often used when referring to the combination of these three trends in American musical history. Individually, however, they also carry specific meanings which offer tantalizing insights into the development of the banjo throughout the ages.

Anatomy of a minstrel banjo

The first thing to note about minstrel banjos is that they tended to be wood-heavy constructions, from the tuning pegs down to the tailpiece. All wood, in fact, save for their brass brackets and tension hoop, skin head, and gut strings. The local craftsmen who received and developed the instrument from black slaves had few other materials to hand and were likely limited to this simple design.

Secondly, all minstrel banjos are completely fretless. While today the fretless banjo is an oddity and considered to be far more challenging to learn, in the early 1800s it was the only way to play. Frets would not become widespread on the 5-string banjo until 1878, introduced by Henry C. Dobson and then formally manufactured by the Buckbee Company.

The head and strings of a period minstrel banjo are made from animal hide and processed intestines respectively. These long, gut strings produce a far deeper tone than the nickel and steel ones used on modern banjos and are ideal for sliding around on the smooth fingerboard. Today, synthetic gut strings typically sold as ‘nylguts' are used on most reproduced minstrel banjos from the era.

As a rule, minstrel banjos are also much bigger than their contemporary counterparts. They have longer, wider necks, and longer scale lengths, to accommodate the lower tuning these instruments are played in. The banjo rim is deeper and has a wider diameter for much the same reason.

Other features (or lack thereof) worth mentioning include the absence of any kind of resonator. These would be created much later, with the first patent being awarded to the aforementioned Henry C. Dobson in 1878. They would not become common until well into the 1900s. Additionally, the bridges on minstrel banjos tend to be positioned in the center of the head, or even higher, closer to the neck. This is done to make the long strings and scale length more manageable.

The rise of minstrel music

The banjo as described above did not assume its familiar, 5-string form until at least the 1820s. Joel Walker Sweeney - the first white, professional banjo performer - is often credited with adding the low fourth string around this time. He toured through Virginia in the early 1830s with his 5-string instrument, his face darkened with cork ash, performing tunes picked up from black musicians and embellishing them with comedic routines and speeches.

Sweeney's popularity grew rapidly. Throughout the 1830s he would tour North Carolina, then arrive and perform in New York City, before crossing the Atlantic to play in the United Kingdom. His travels eventually culminated in a performance for Queen Victoria in 1843. During this time he spread his knowledge of the banjo and its unique, ‘downpicking' play style to students wherever he went.

Around the same time that Sweeney was performing for the Queen, the concept of the minstrel show was beginning to take on solid form. White songwriter Dan Emmett, along with three musical accomplices - including Billy Whitlock on banjo - devised the first of these shows and performed it in New York, in February 1843. They called themselves the ‘Virginia Minstrels' and were made up of banjo, bones, fiddle, and tambourine players.

The shows were influenced by the earlier work of performers like Sweeney. However, their focus was more directly on parodying racial stereotypes surrounding the music, culture and perceived behavior of black people. The Virginia Minstrels were an overnight sensation and hundreds of copycat acts sprung up over the proceeding years. In 1845, after returning from the UK, Sweeney himself founded the group ‘Old Joe's Minstrels', thus cementing the popularity of the act.

Into the 1850s and 60s, minstrel shows kept on gaining popularity. As the United States expanded westward and new towns sprung up across the continent, traveling minstrel troupes would follow in their wake, providing entertainment to the settlers. Music began to be written with the act in mind and it is during this time that Stephen Foster, legendary American songwriter, penned some of the eras most iconic songs. ‘Oh! Susanna', ‘Camptown Races', and ‘Swannee River' are all among them.

The act itself gradually grew in complexity, developing a unique three part structure and cast of recognizable characters. At its core, however, the banjo always remained, supported by percussion, fiddle, and other traditional slave instruments.

Playing banjo in the minstrel style

Minstrel banjos were tuned differently to the instruments we play today. Our standard tuning in G, which runs gDGBD, is at a far higher pitch compared to the standard D tuning on minstrel banjos, which runs dGDF#A. The ‘Briggs Banjo Instructor', the first fully fledged banjo tutoring book, released in 1855, utilizes this tuning based on the experiences of leading minstrel banjo player Thomas Briggs.

An easy way to emulate this tuning on your modern instrument is by putting it into ‘Dropped C' tuning, where the fourth string D is lowered to C. The resultant gCGBD is five steps above the standard minstrel tuning on all strings. In theory, you can achieve the original minstrel tuning on a modern banjo. However, without the additional scale length provided by a minstrel instrument, your strings will be uncomfortably loose.

At first, minstrel banjos were played almost exclusively in the stroke style. This consists of a downpicking motion where strings are struck by the back of the nail and plucked with the thumb. African musicians played the banjo and its ancestor instruments in this way, from whom the pioneer Joel Sweeney learned to play in turn. Combined with a low tuning and thick, gut strings; the plunky, melancholic sound of stroke style on minstrel banjos reflects its dark history amongst slaves.

Today's clawhammer banjo is descended directly from stroke style, with the original style considered to be more complex than our modern version. It often leads with the thumb and incorporates advanced techniques such as the nail-glide. This is where the striking finger ‘glides' across multiple strings, sounding them out individually in quick succession.

As time wore on and the banjo's popularity and player base grew, alternative ways of playing it began to emerge. Classically trained guitarists seeking to impart greater respectability on the instrument (considered to be low-brow by the upper echelons of society) imported their own finger picking style. Thus, parlor banjo was born, named after the private parlors of more well-to-do individuals and organizations in which it was performed.

The 1870s saw a steep decline in the minstrel style of play. Finger picking would soon overtake it as the dominant banjo style, although minstrel style remained popular and was preserved in the isolated Appalachian mountains and out West. Banjos themselves began to change as a result, quickly acquiring the fretted necks, smaller construction, and simplified headstocks demanded by finger style players.

Despite fading into relative obscurity during the 1900s, minstrel banjo maintained a steady audience among period musicians, re-enactors, and in Appalachia where it never fell from favor. An enormous amount of American musical history and tradition is tied up with the banjo in this, its earliest standardized form. Perhaps for that reason alone, it has never been allowed to disappear entirely.

The influence of minstrelsy is still felt keenly by clawhammer players and in the lyrics and arrangements of classic old time tunes. More recently, musicians such as Michael Miles, and in particular Rhiannon Giddens, have achieved huge followings by reviving the minstrel style with all its original feeling. The unique sound and conventions of minstrel banjo remain an attractive option for all players seeking to enrich their experience of the instrument. 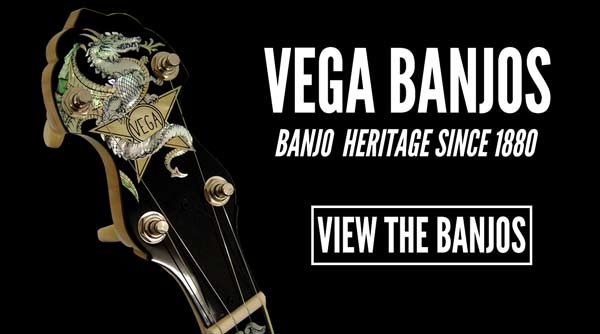